NISSAN unveiled its production-ready Z Coupe this week in New York, powered by a 400hp V6 engine and designed to continue the company’s lineage of Z cars dating back to 1969.

Unlike most cars in Z-car history, the new model has no designation number; it’s simply called the Nissan Z. It follows on from the Nissan Z Proto concept car that was unveiled last year and continues that vehicle’s retro design theme.

Under the curved hood of the Nissan Z hides a new 3.0-liter V6 twin-turbo petrol engine. It produces up to 400 hp and 350 lb-ft of torque, which are significant gains over the previous generation Z car, the 370Z.

Driving enthusiasts will be pleased to hear that the new Z comes standard with a six-speed manual, although a nine-speed automatic is also available. All versions of the Nissan Z are rear-wheel drive.

While the automatic gearbox features launch control, the manual Z will also feature a launch assist control system, a first for Nissan. It also has a Downshift Rev Matching function to automatically adjust engine speed when changing gears.

While there are plenty of retro styling cues on the exterior of the new Nissan Z, it’s framed by modern tech, like slim LED lighting front and rear. The large rectangular grille was carried over from last year’s show car almost unchanged. 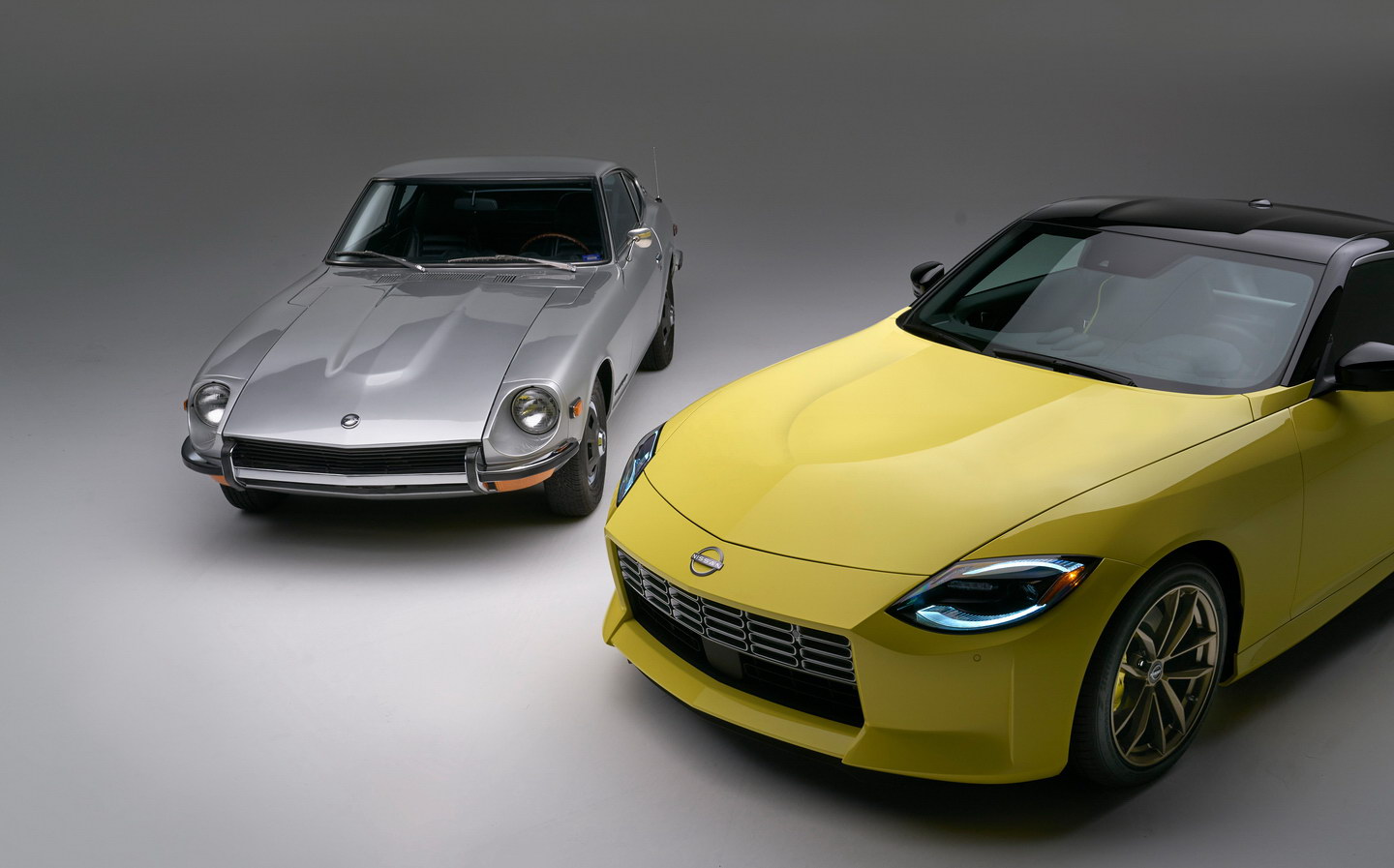 Inside, there is contemporary technology mixed with other retro elements. The shape of the instrument binnacle and the distinctive set of additional driver-facing display modules reference previous Nissan Z cars. Meanwhile, there are customizable digital instruments and a large infotainment screen in the middle of the dash.

A simple round steering wheel will be welcomed by drivers, while the Z’s sports seats are inspired by those of the sporty Nissan GT-R. Three different interior color themes are offered.

For the US market, there will be Sport and Performance variants of the Z. The latter is identifiable by its additional trunk spoiler and larger wheels – a set of 19-inch alloys.

Nissan also confirmed that only 240 examples of the Z Proto Spec will be produced, influenced by the concept car. It comes with yellow colored brake calipers, bronze colored wheels, leather seats with yellow accents and yellow interior stitching. 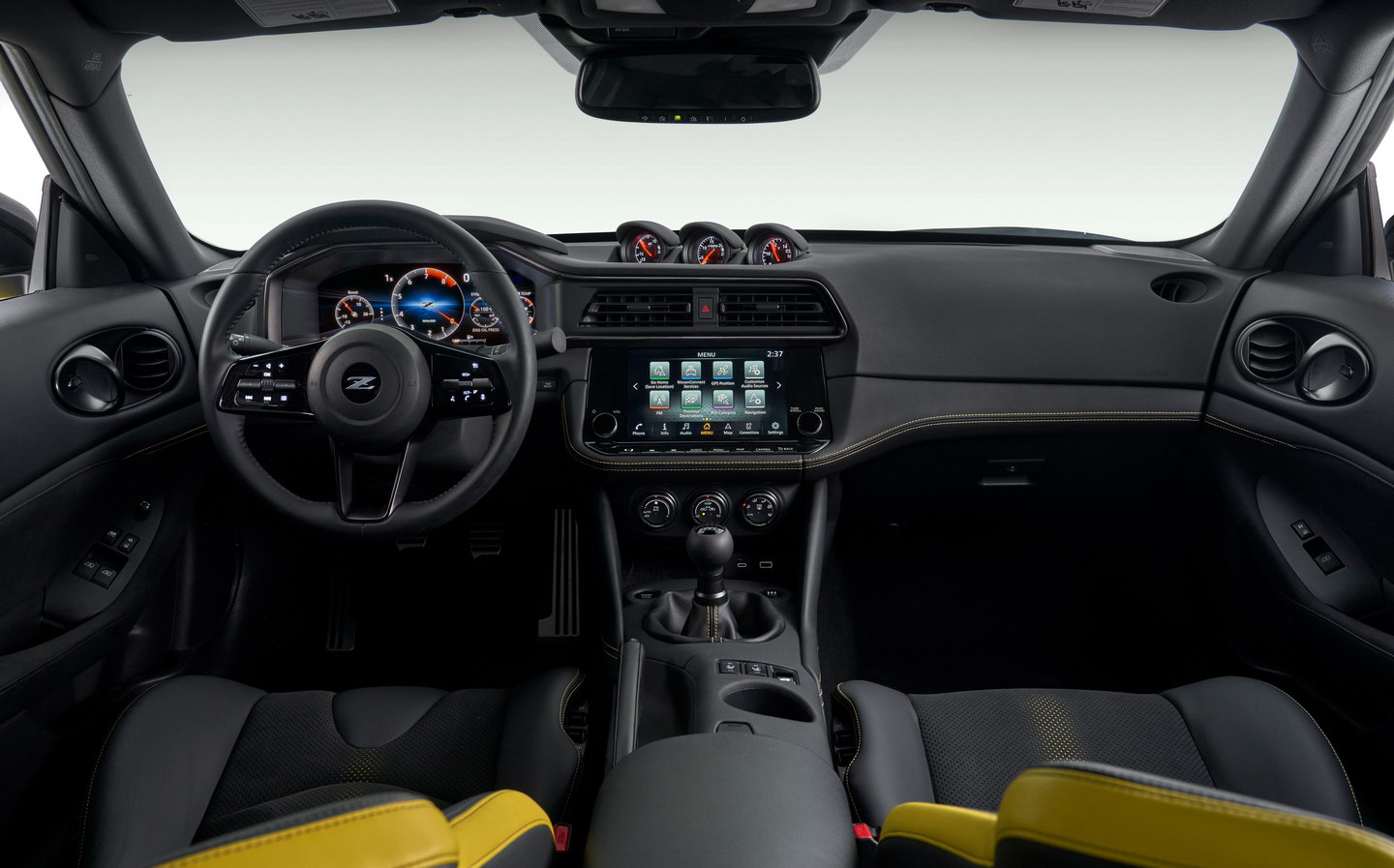 The bad news for UK Nissan Z car fans is that the new model will not officially be sold in the UK. Still, a Japanese version, called Fairlady Z, is expected to launch before the end of 2021 and, with right-hand drive, will likely be privately imported by some.