Royal Enfield motorcycles have dominated the customization scene in India for years now. The brand has also become very popular abroad, and international enthusiasts also modify many Royal Enfield bikes and share photos of them on the internet. In fact, Southeast Asian markets love RE motorcycles, and many modified examples have appeared online from there.

Here we have a bespoke Royal Enfield Interceptor 650 from Thailand built by Birdhouse Garage. It gets an old-fashioned cruiser-style front fairing with a high visor, which gives the bike a sleek look from the side but bulky and aerodynamic from the front. The headlight is still a round halogen unit, but it is now mounted on the fairing.

The front fender is new and the front forks get spare gators. The instrument cluster is mounted to the front fairing, and here we see a new handlebar, with custom switchgear and handlebar end mirrors. Custom handlebar risers were used here, which are high and tilted towards the seat to give the bike an upright sitting position. 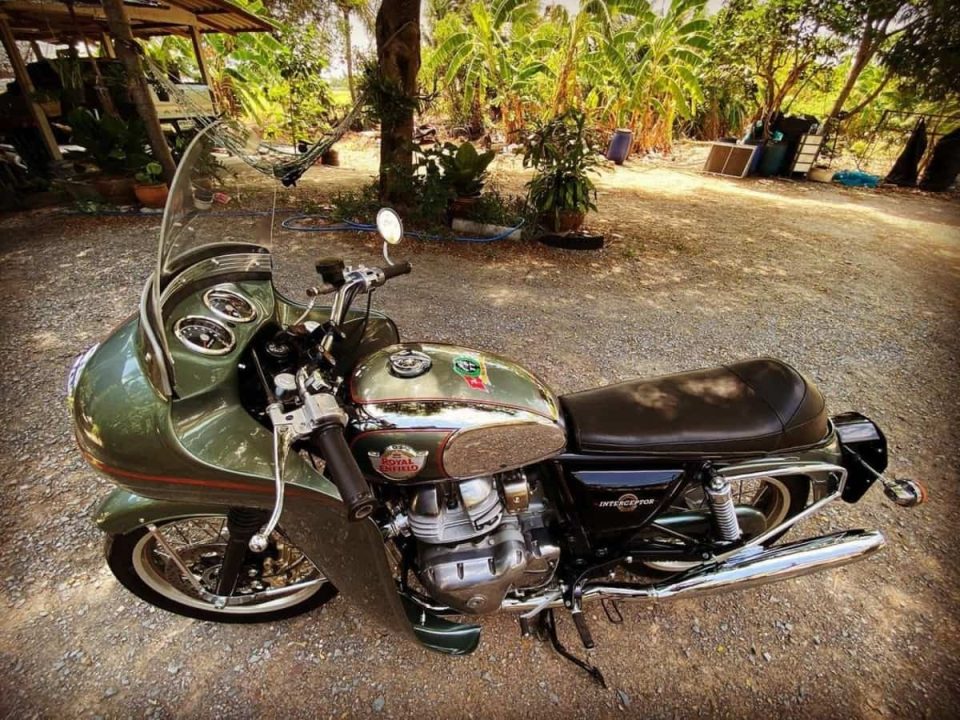 The fuel tank is chrome with olive and gold paint on it. The fairing and fenders (front and rear) also sport olive paint, while the side panels and frame are all black. The seat is also personalized and looks great with the fake hood on the back. The rear fender, tail light and rear turn signals are also new.

The exhaust pipes and mufflers are also new, while the engine itself appears intact. Overall, we’re extremely impressed with the design of this modified Royal Enfield Interceptor 650, and we’re sure the new fairing would be good at warding off high-speed winds, making it a handy tool. 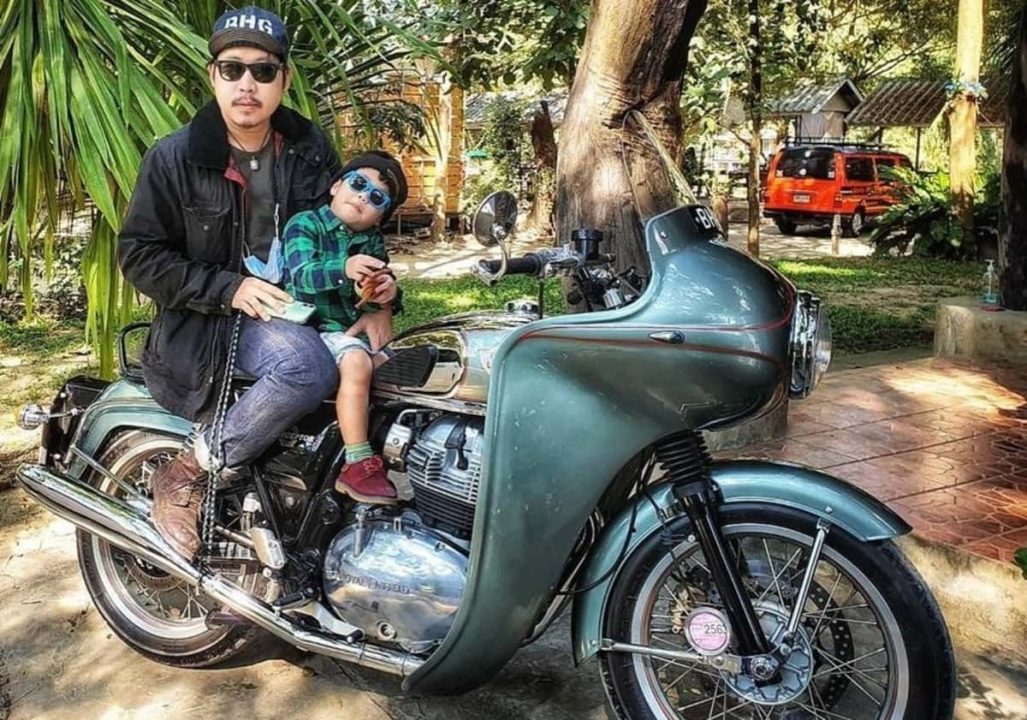 Birdhouse Garage did not reveal if any performance mods were added to the bike alongside the shared images. The Royal Enfield Interceptor 650 generates a peak power of 47.65 hp and maximum torque of 52 Nm thanks to its 648 cc parallel twin engine. Paired with a 6-speed gearbox, this engine offers enough performance for cross-country.