After weeks of teasers, Volkswagen has unveiled the ID Buzz and ID Buzz Cargo for international markets in near-production form. Building on the modular MEB platform like other models in the ID range, the standard five-seater version of the electric van will be launched across Europe in Q3 2022 with an 82kWh battery and a six-seater will join the range later.

For the United States, the Volkswagen ID Buzz will only be offered as a long-wheelbase variant in 2023. Dimensionally, the ID Buzz series has an overall length of 4,712 mm, a width of 1,985 mm and a height of 1,937 mm with a 2,988 mm. long wheelbase. The 82kWh battery for Europe powers an electric motor capable of 201hp and 310Nm driving the rear wheels, but the claimed range has not been disclosed.

In 2023, the German auto major will introduce a host of new electric powertrain options with higher range capabilities. Being an electric van, the VW ID Buzz has a top speed of 145 km/h and uses a 170 kW DC fast charger, it is supposed to charge from 5% to 80% in just half an hour and an installation of bi-directional charging is also provided. 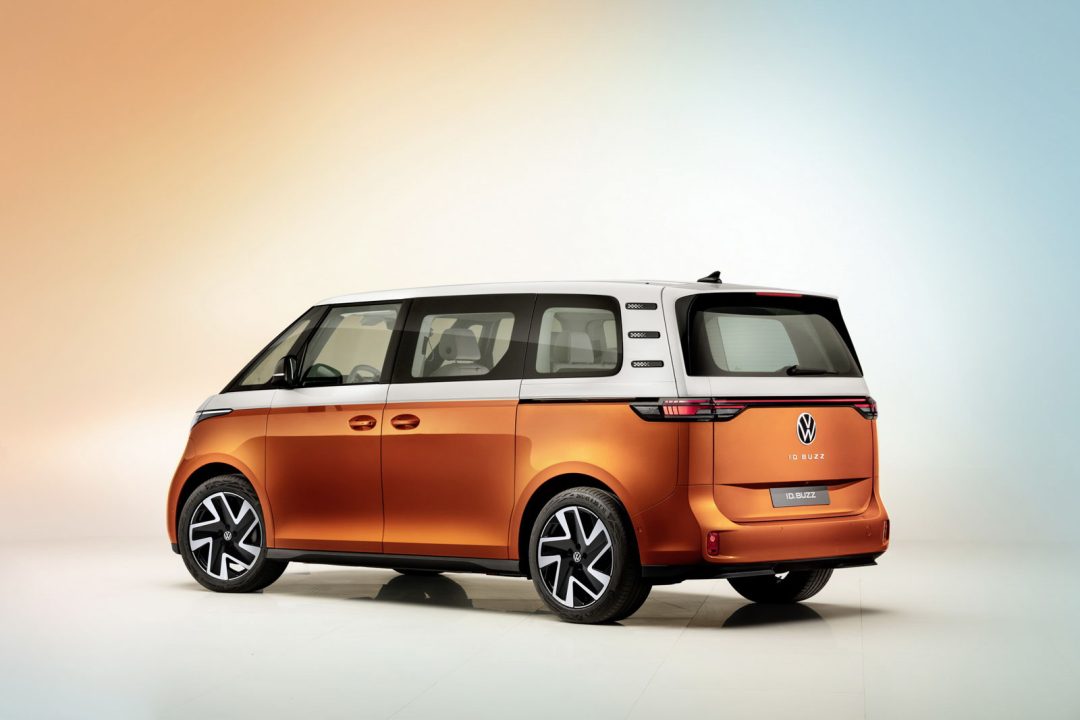 The exterior is a mix of modern and retro style elements as it is inspired by the T1 Microbus. It features a V-shaped hood structure, matrix LED headlights, a chunky light bar connecting the sleek headlight assembly through a VW logo, two-tone color schemes, a vertical tailgate with integrated spoiler and high-mounted brake light, shark fin antenna, stacked wrap-around LED taillights, short pillars, and more.

Volkswagen will sell the ID Buzz in a total of eleven colors and premium trims feature aluminum alloy wheels up to 21 inches. Much like the exterior, the cabin has bright accents and a youthful presence. It comes with vegan leather, polyurethane covered steering wheel and other elements made from 90% recycled PET bottles. 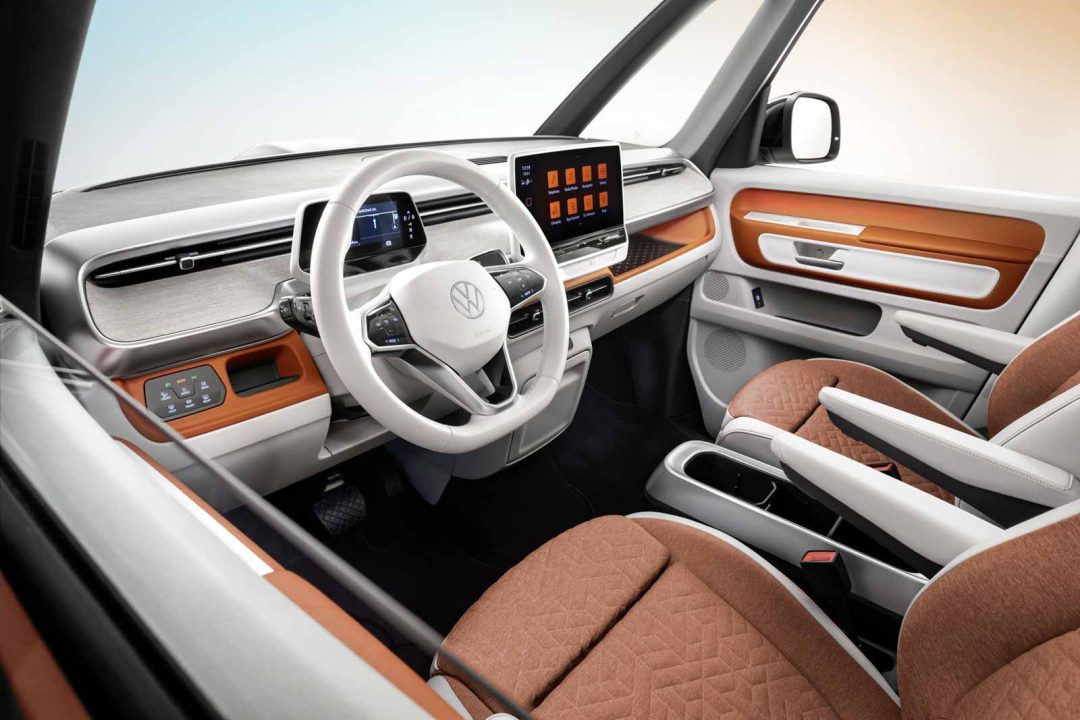 Equipment highlights are an up to 12-inch touchscreen infotainment system, 10-inch digital cluster, wireless charger, USB-C ports, electrically adjustable seats, folding tables in the front seat backs, sliding doors, a multifunctional box with storage bins and a drawer with a volume of 5L, and many more. Production of the e-van will soon begin at the VW plant in Hanover.